The South Carolina Governor’s School for the Arts and Humanities is proud to present the following 92 graduates of the Class of 2020. 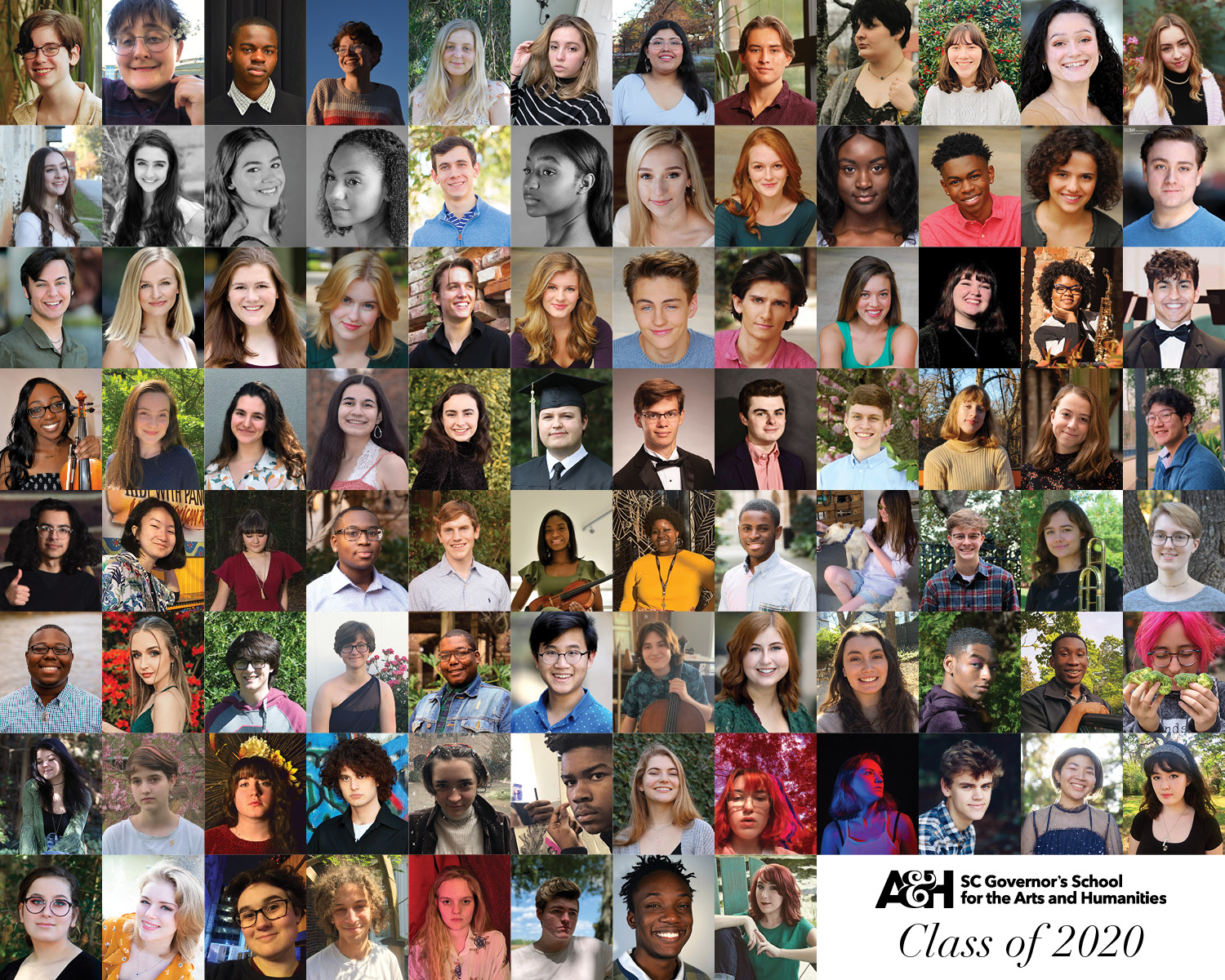 “We could not be more proud of our 20th graduating class,” said Cedric Adderley, Governor’s School president. “They have had an extraordinary year; despite the challenges and uncertainty they have faced during this pandemic.

“As Governor’s School students, each of these graduates has had the unique experience of completing intensive, pre-professional arts training while fulfilling rigorous academic requirements. Their dedication to academic and artistic excellence has been recognized regionally and nationally.”

Among these graduates, approximately one-third are in the National Honor Society and were named Academic Achievement Award Scholars. Eight seniors collectively received eight gold medals and five silver medals, and one was named an American Visions Medalist, in the Scholastic Art and Writing Awards national competition. One senior was selected as a YoungArts finalist and another was named the State Winner in the Music Teachers National Association Competition. Five dance seniors were named Youth American Grand Prix Semi-finalists. Collectively, they have received millions of dollars in scholarship offers from prestigious colleges, universities and conservatories across the nation.

“The Class of 2020's determination to succeed, commitment to artistic growth, and love for humanity will take them far in life. We look forward to following these young artists and scholars as they continue their pursuits,” said Adderley.

Out of an abundance of caution to prevent the spread of COVID-19, the Governor’s School held a pre-recorded virtual commencement ceremony on May 22 featuring each graduate, student performances and surprise guest speaker Danielle Brooks, star of the Netflix series “Orange is the New Black” and 2007 graduate of the school’s drama program.